The Game changer: Why I Wear My Trayvon Martin Hoodie

There are certain points in a person’s life that leave a permanent mark on who they are. These events change who we are and can move our lives in different directions. For myself, one of those moments was the death of Trayvon Martin.

Racism was something that I knew about, but wasn’t discussed in depth within my family. Growing up I was told: “Be home before the street lights come on,” “When you are driving in these little towns, be careful because they may have their own laws,” “You have to work twice as hard to get just as much,” and of course we had The Talk. Other than that, racism was not a subject we brought up often, and because of that I did not have a great understanding of it. My family stressed that everyone is equal, Martin Luther King Jr. was a great man, and there were racist white and Black people. That was pretty much that. 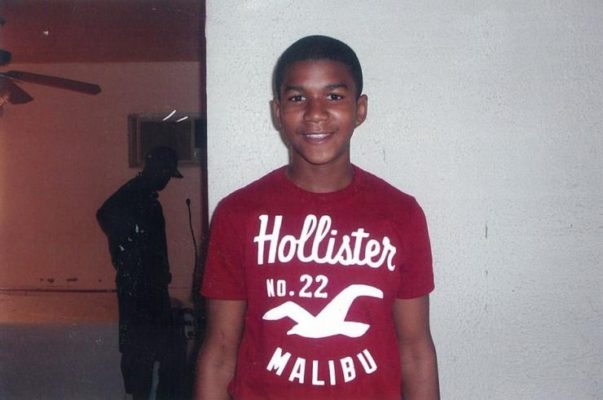 I always considered myself “hyper sensitive” about race. Whenever I would talk to white people about certain topics, I would listen very intensely to what they said, almost “looking” at their mouths to catch anything remotely racist. Still, I had many white friends and when they would say or do things that would be “racially suspect”, I would brush it off or make excuses. We were friends and they listened to rap music, loved Michael Jordan, and dated Black people, so they couldn’t be racist right? They weren’t saying nigger or beating up Black people. My white friends were cool, would attend rallies, voted for President Obama, and would have voted for him three times if they could have. 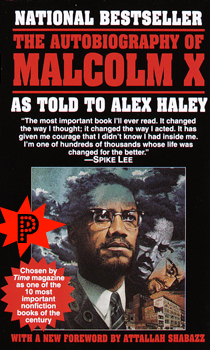 The seeds that were planted when I read The Autobiography of Malcolm X at 16 years old came to bloom on February 26, 2012. When I was younger, I heard stories about Black men being attacked and killed for being in the wrong place at the wrong time. In Kansas City, Missouri there were certain suburbs and towns you wouldn’t go to because they had a reputation for being hostile towards African Americans. Still, Trayvon felt different. A young boy walking home stalked by an unhinged man with thoughts of all Black men, no matter what age, as criminals armed with a gun seemed ridiculous. To be shot and killed by a racist paranoid man just for being Black hit home harder than anything in recent memory. This more than anything reminded me that no matter how much money or education I had amassed, that would not protect me from racism.

While processing Trayvon Martin’s murder and my own mortality as a Black man, I began to notice many white friends starting to make excuses for the killing. I would hear comments such as “Well, what was he doing around there?” “Was he committing a crime?” “Did Trayvon look suspicious?” People who I thought loved and cared about me could not fathom that a young Black man not doing anything criminal could be innocent. Arguments were made to justify Trayvon’s slaying. Facebook posts defending his murder were written by folks that I would hang around with. That broke my heart, but began to open my eyes about racism, what it is, and how it effects EVERYONE. Trayvon Martin’s death was a litmus test for “How racist are white people” and most of all, failed.

After that realization, I began to read works by French psychologist Frantz Fanon, listened to interviews of Harlem writer James Baldwin, watched lectures of the great Malcolm X, and talked to other Black and Brown people about racism. What I had been taught or not taught was wrong. Trayvon Martin’s death changed me; it radicalized me about racism/white supremacy and made me realize that there were not too many white people who were not racist.  I also saw that Trayvon Martin’s death was an alarm for other Black and non-white people to realize the seriousness of racism/white supremacy and the necessity to fight it. Conversations with friends that used to revolve around sports and dating turned into deep discussions about systemic discrimination and daily oppression. Groups were created to give Black folks spaces to talk about racism and many coalitions were formed. Brothers and sisters were going to work it out. When I saw Liberated People’s Trayvon hoodie for sale, there wasn’t a second thought. I have to buy this. When I wear it, many emotions and thoughts come through my mind. Below are a few that I feel when I walk down the street in my grey hooded sweatshirt with the big Black letters “TRAYVON.”

I wear my Trayvon hoodie to remind myself when my life changed. I was not the same anymore. I became radicalized into the movement. Many disagreements started with white friends because I started to call out their racism. They would say, “You changed….” and I would reply, “Yes I have”, and because of that, many of those friendships fell off. I now understood what James Baldwin said when he wrote, “I am not your Negro.”

I wear my Trayvon hoodie to remind white people that we are still here. Throughout all of the atrocities that Black people have been through in this world, we are still standing. We are not supposed to be here, thriving and making the best of this horrible situation. We are supposed to be wiped out and decimated, but we are a resilient people. We are a walking defiance to a system that has tried to destroy everything that we are, and yet we still rise.

I wear my Trayvon hoodie to remind myself that as a Black man, my life, my existence is not promised to me. I can be accused of a crime and convicted because the population still thinks that I am a thug, no matter what age, size, shade, or nationality. I understand that as a Black man, I inspire fear, hatred, and destruction. I know that a white woman’s word can label me a rapist. A white man’s fear can label me a criminal. I am guilty until proven innocent.

I wear my Trayvon hoodie because I want other Black people to know that respectability politics cannot, has not, and will not ever save us. We can put on a suit, speak the most proper English, and conduct ourselves in the best way possible and we are still a nigger. It does not matter if we move from the ghetto to the gated community, we are still Black, and being Black in many white people’s eyes means trouble, just like how our brother Trayvon inspired.

I wear my Trayvon hoodie to remind myself that I am no better than any Black person – from the brother on the corner smoking something to the Black person in the board room, we are all the same. When I am dining at a Michelin star restaurant or staying at a five star hotel, I take you all with me, and I love it. I don’t shy away from being and knowing that I am the “Only Nigger in first class.” 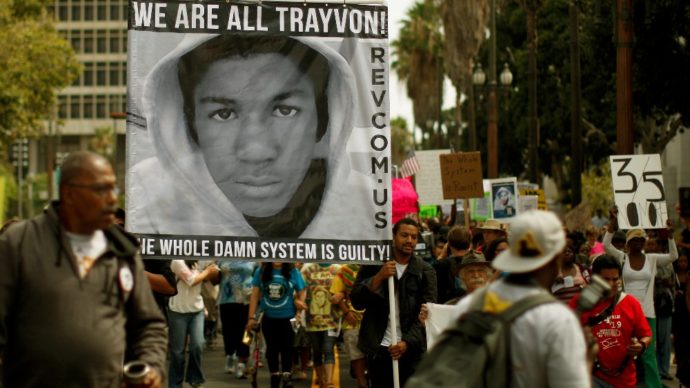 I wear the Trayvon hoodie in memory of the other Black people who are victims of police terrorism. When I am riding Bart I think of Oscar Grant. When I see Black men with their hands up, I remember Mike Brown. If there are brothers on the corner trying to make it, I see Eric Garner. If I watch a Black man get pulled over, I remember Philando Castille.

I wear my Trayvon hoodie because I want to continue in the tradition of Black people documenting our struggle on paper. From Fredrick Douglas, Frantz Fanon, Langston Hughes, James Baldwin, Ida B Wells-Barnett, George Jackson, Derrick Bell, to Dr. Tommy J Curry and Michelle Alexander, I hope to follow these great people in humanizing the Black man and moving him from dangerous caricature to human being.

I wear my Trayvon hoodie because more than anything, I want to live. I want to experience, I want to learn, I want to touch, I want to change the world and leave a mark on it for the greater good, just like Trayvon Martin did. 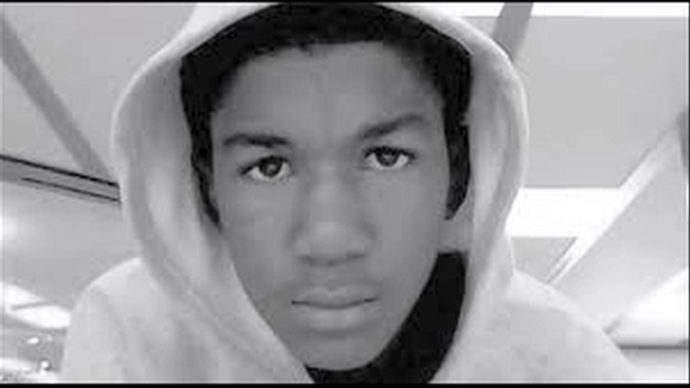